The objective of the M4 Smart Motorway Scheme is to upgrade the M4 between Junction 3 at Hayes and junction 12 at Theale to a smart motorway. This will create an additional lane for traffic which, alongside the implementation of smart technology and sensors such as Stopped Vehicle Detection, will increase capacity, reduce congestion, help manage accidents and ultimately enhance the commuter experience. The project commenced in 2018 and aims to be finished by 2022.

Working alongside the main contractor Balfour Beatty Vinci Alliance (BBV), our role is to install the street lighting and technology infrastructure from Junction 3 to Junction 12.

Vehicles per Day Travel on the M4

Our team have been able to bring the full depth of their knowledge to the Alliance team during this project. We are committed to maintaining the highest standards of quality and have our own Inspection Test Plan (ITP) system, that outlines which inspections and tests will be carried out to ensure quality on the project.

We built a 7m concrete wall at an additional expense £7,000 to enable us to conduct a trial before we commenced the building of a wall. This helped us to establish the bolt installation process and subsequent grouting of the columns ensuring that there was no damage to the cast wall when these works started. It also allowed us to design and trial an earthing system which was accepted by the designer.

We always aim to use the best materials. For example we have been heavily involved with the development of the feeder pillars in the many different variations used on the scheme. This again has saved both time and cost. A major innovation was the design and installation of the combined technology cabinets that we undertook with our supply chain partner ICEE.  These units have become a standard design within the Highways England Technology Infrastructure.

Design work with our supply chain partners allowed us to provide a solution to the installation bolt anchors required to utilise galvanised street lighting columns instead of aluminium columns. Achieving this design solution saved the contract approximately £250,000.

Throughout the project, we proposed various innovative solutions to enhance the quality of our work and ensure value for money. This included:

Due to the limited working area of the site, it’s a very congested network with many people and vehicles working in the same area and heavy traffic passing through. We used clear signage to prevent people and traffic from entering certain areas. Careful planning and sequencing of works also mitigated contractor clashes which we achieved through collaborative planning between contractors and the BBV team.

We ensured the team were looked after, this was particularly important during the pandemic. We provided serviced apartments for everyone on site, which meant they could have their own personal space, do their own cooking and have their rooms cleaned regularly. We were careful to prevent fatigue of our people, ensuring no one exceeded their working hours and that everyone had a 12 hour rest between shifts

We partnered with Reactec to provide their HAVwear & Reactec Analytics to staff working on site. This is a watch that captures personal exposure to Hand -Arm Vibration risk through using machinery.

We had a designated H&S manager on-site who was with the team full-time conducting safety tours and ensuring the wellbeing of our people.

We collaborated with Balfour Beatty Vinci Alliance on a number of social value activities throughout the project. Examples of this include:

We strive to work collaboratively with our supply chain partners in order to provide the best solution for our client.

When it became apparent that street lighting columns and radar masts had been designed either on a slope or within 1m of a slope, a new design of the columns and masts was required. Swift liaison with our supply chain partners allowed us to offer the client solutions quickly that would mitigate potential programme delays. We were able to quickly source extension tubes that would allow the standard masts to be installed as designed, but within a tube that had been installed to a greater depth.

Alongside this solution we also provided a design of a 10m mast with
an extended root which had the ability to accept radar sensors at either 8m or 10m. By making the extended root a standard length it mitigated the possibility of the wrong mast used at any location.

In addition, we recognise the importance of having strong working relationships across the wider team. Over the course of the project we have fostered these by arranging team building sessions. This included a golf day for members of the Alliance to have a chance to get to know each other and take a break from work. 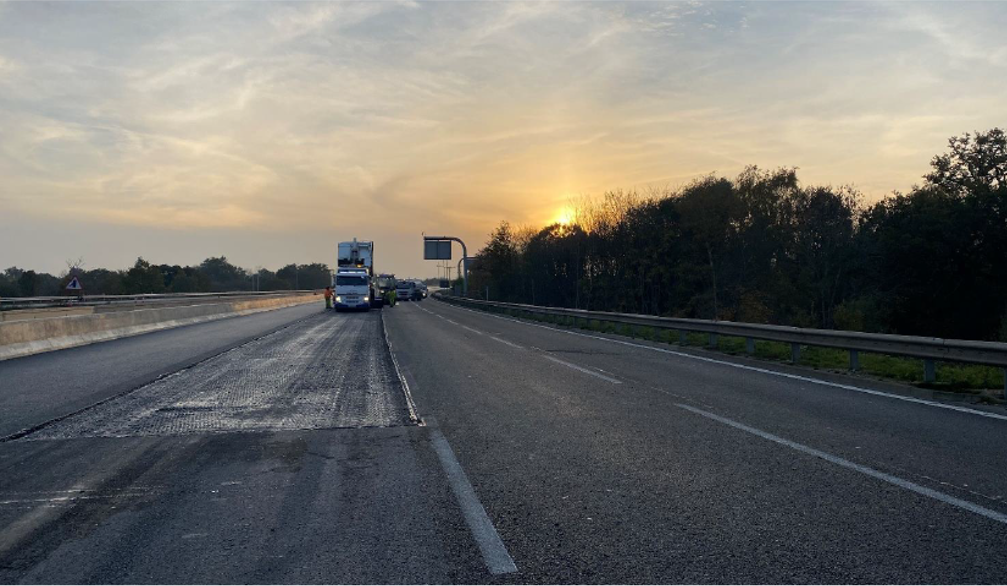 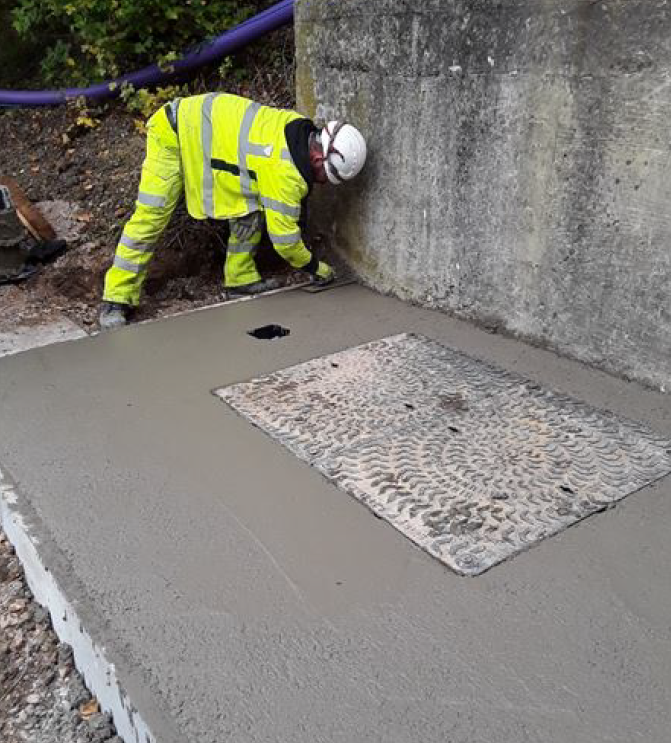 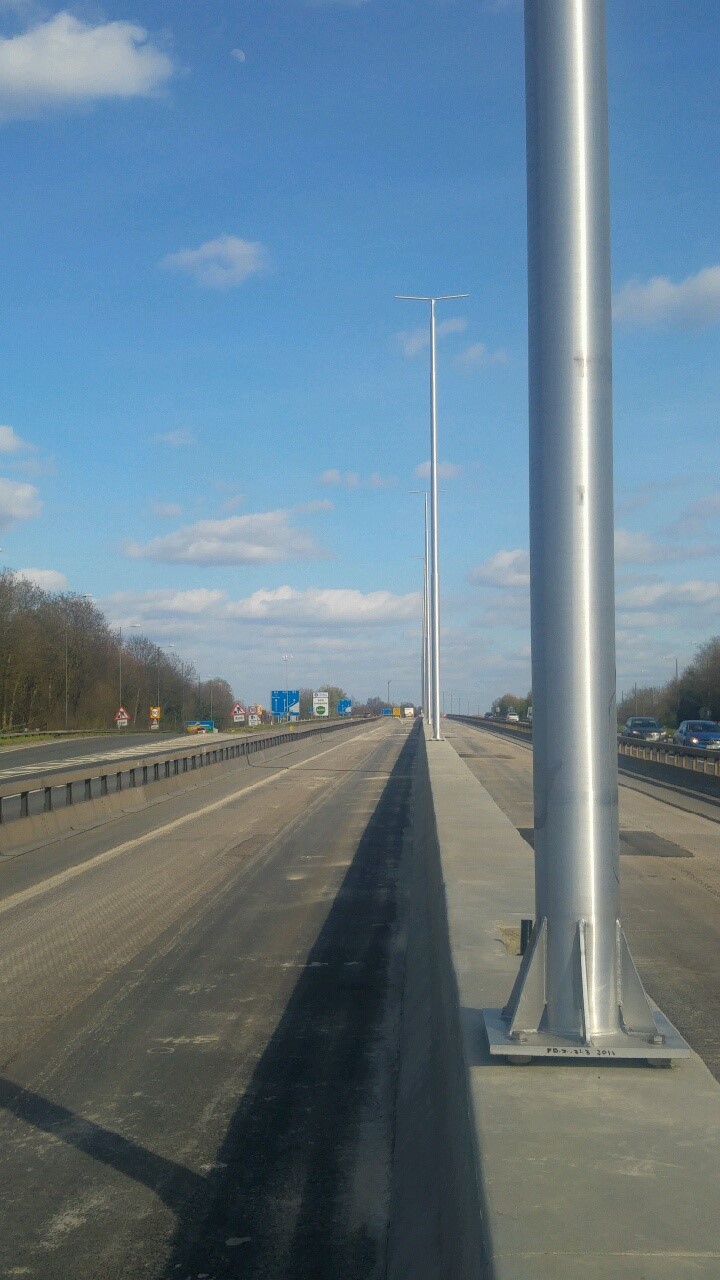 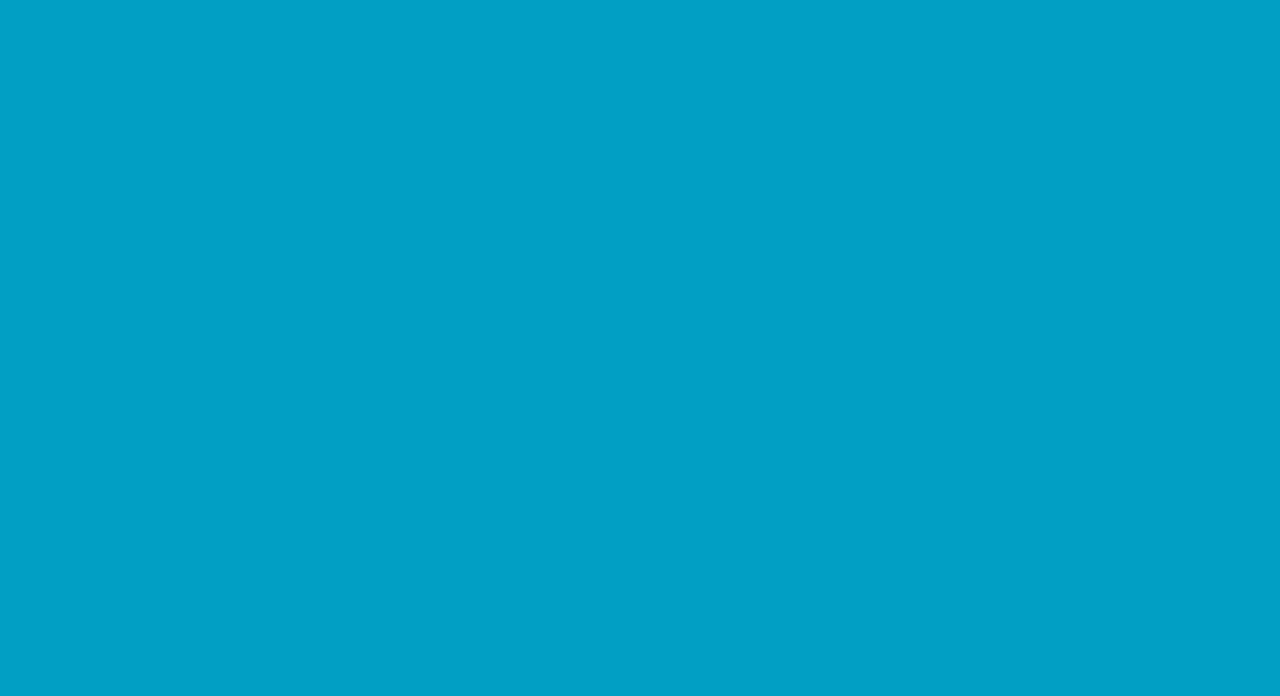 Our team has the capacity and quality of resources to satisfy all motorway lighting and communications systems projects. Together with our supply chain we have: 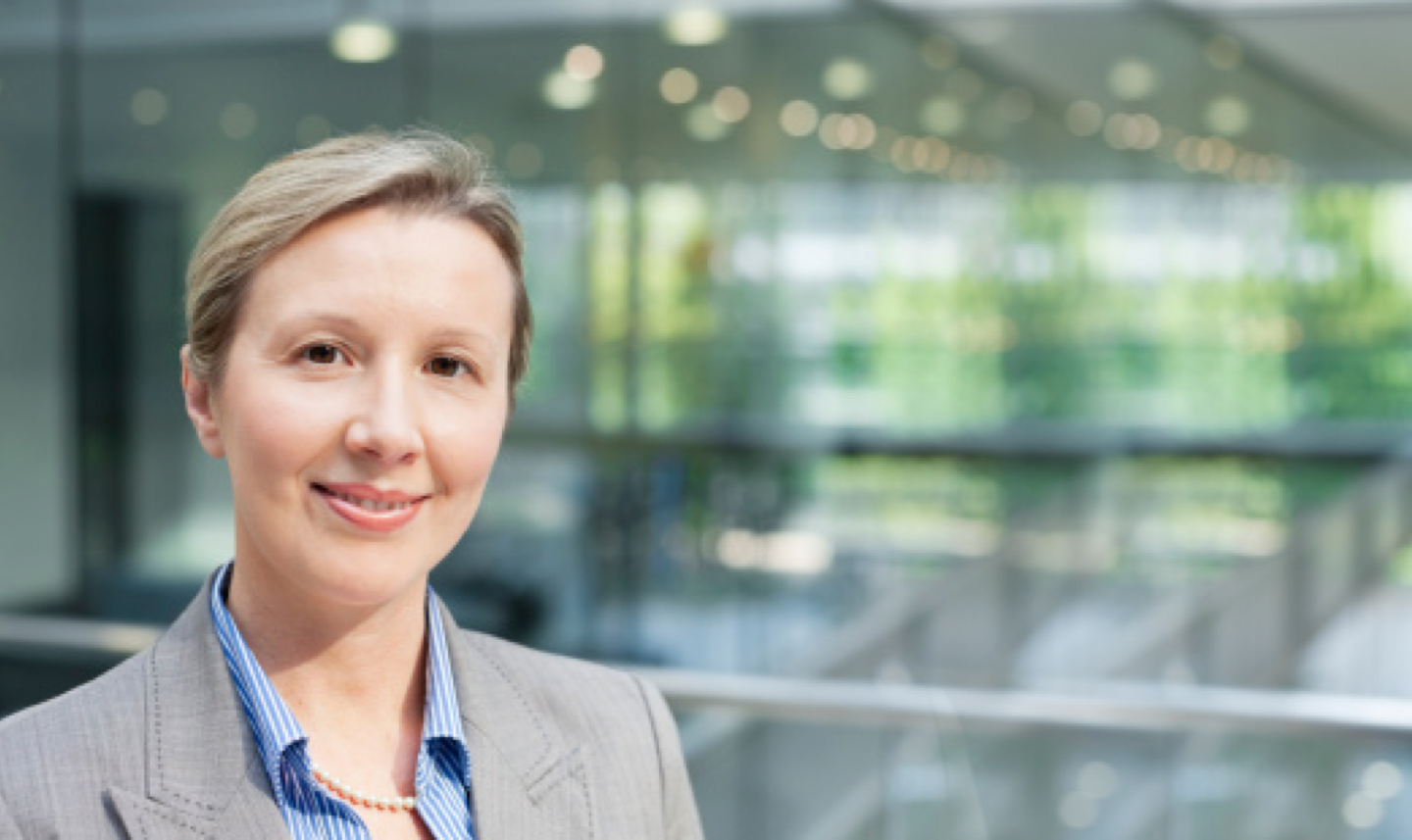